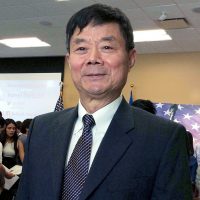 Yuan Xiao was born in Henan, China in 1946 to three generations of doctors.

His father (1917-2010) was a general physician specializing in Chinese herbs as well as a “Chinese Folk Qi Gong Master.” His grandmother was a general Medical Doctor. Dr. Xiao’s mother (age 103 in 2018) is retired from teaching High School Physical Education and Music.

In 1973, Dr. Xiao graduated from the Henan College of Acupuncture and Massage. He went on to receive a diploma from Henan Medical University in 1985. Later in 1985, Yuan Xiao went to Mount Wudang for tai chi dedication. In 2003, he was awarded the position of Henan Tai Chi Coach.

Dr. Xiao traveled to the United States in 2004.

There are very few specialists of expert tuina and traditional Chinese medicine within the U.S with Dr. Xiao’s level of mastery.

* Many of China’s most historically recognized martial artists were also exceptional physicians. This duo role evolved because rural martial art instructors were often required to administer first aid on student’s (or their own) injuries.

Select Language
Dr. Xiao will be available in KS after Co-Vid eases